Marbella’s Golden Mile – How It All Began 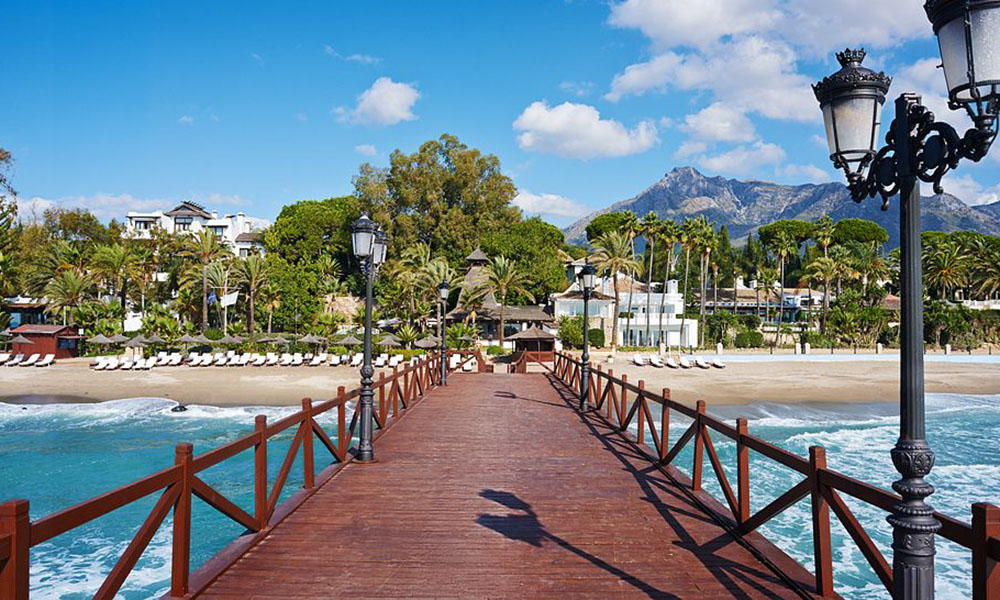 What exactly is the Golden Mile?

On a route of the approximate four kilometers that separate the urban core of Marbella from Puerto Banús, are located some of the most luxurious residences in Marbella, such as the Palacio del Rey Fahd, as well as some of the most emblematic hotels, such as the Meliá Don Pepe, the Marbella Club Hotel and the Puente Romano Hotel. This part of the city is called the Golden Mile. But it is a lot more than just a small stretch along the coast, in fact, the Golden Mile was the birthplace of the Marbella that we know today.

How did it all start?

In the Mid 1950s the famous aristocrat and entrepreneur Prince Alfonso Hohenlohe chose Marbella to build his luxury Marbella Club Hotel. When the hotel opened, it immediately began attracting the creme de la creme of Europe’s high society, but not only, US film stars and Arabic millionaires started to arrive too. That’s how a small village, whose economy was based on fishing and agriculture, suddenly transformed into one of the biggest construction agglomerations of the Spanish peninsula.

What can you find there?

The Golden Mile is an impressive concentration of luxury villas, leisure facilities, beach clubs and high-class shops and restaurants. It is divided into 2 by Boulevard Alfonso de Hohenlohe, named after the famous founder of the Marbella Club Hotel, and it hosts only exclusive and upmarket commercial activities, which are located mainly alongside the upper part of the street. The lower part, connecting the Boulevard with the Mediterranean see, is populated by gated and exclusive luxury residential complexes and 5-star hotels. On the beachside there is the picturesque sea side promenade with some chiringuitos and beach clubs, all not in the cheapest price class.

The very sought-after residential neighborhoods are: Sierra Blanca, Marbella Hill Club, Las Lomas del Marbella Club, Nagueles, etc. just to mention some of them. They all have the big privilege of offering urbanization with security and gated access while still being located close to the beach and the center of Marbella town. If you want to discover the properties for sale in those areas, click here.

In these upper-class enclaves you can find everything from catering at home, magnificent restaurants, tennis clubs, events such as concerts and much more. On the mountain side of the Golden Mile, on the slopes of ‘La Concha’, various luxury apartment developments are established, and above all, magnificent villas have been constructed. Those mansions offer an oasis of peace with spectacular views of the sea and the city. The 2 “star urbanizations” are Cascada de Camoján and Sierra Blanca, due to the high valuation of their homes with many of the properties close to the sea.

The Golden Mile does not leave any of its visitors indifferent once they step into its beaches and its world of glitter and gold. And even if this part of the Costa del Sol does not represent the most authentic side of Andalusia, it will always continue attracting visitors and investors enchanted by its prestigious and alluring touch.

If you would like to receive further information on the Golden Mile and its property market, don’t hesitate to contact us.

Please enter your username or email address. You will receive a link to create a new password via email.